When LEX 18 Investigates installed a radon test in Nikki Edwards' home, results showed a reading of 12.6 picocuries per liter (pC/l), more than three times the safe level recommended by the Environmental Protection Agency.

Edwards and her family urgently moved to Lexington, Kentucky when her husband got a new job. When she moved into her rental home, she assumed that her landlord was required to tell her about any possible dangers, including radon gas. Since the house was built within the last couple years, Edwards also assumed that a radon removal system would have been installed, but she was wrong. 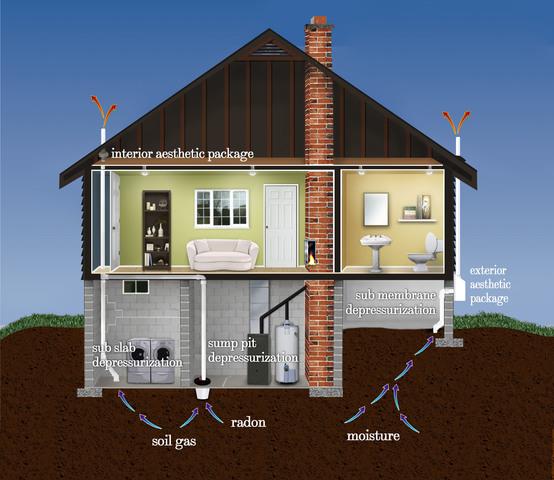 Despite the fact that Kentucky has one of the highest average levels of radon in the nation, little is done to protect residents from the deadly gas. Property owners are not required to test for radon or install mitigation systems in new construction.

Radon gas is an odorless, colorless and tasteless carcinogen that forms naturally from soil decay. Radon can seep into homes and with prolonged exposure, can lead to lung cancer. Radon is the second-leading cause of lung cancer behind smoking, and is estimated to be responsible for more than 20,000 lung cancer deaths each year.

LEX 18 Investigates also spoke with DG Gridley, a resident who purchased a home near Edwards, and later learned that she was supposed to fill out a form requesting that a radon mitigation system be installed. Since she didn't ask, no system was installed. When she measured her home's radon level, it was more than 16 pC/l - four times the EPA's guidelines.

While radon has proven to be a threat to public health in Kentucky, little has been done by state legislators to adopt laws and regulations to help reduce radon levels.

State Sen. Jim Higdon, R-Lebanon, has sponsored several radon-related bills, but most of them have failed to become laws.

One law that passed shows a step in the right direction. The law requires that radon testing and mitigation be conducted by a certified professional.

Kyle Holyman, president of the Kentucky Association of Radon Professionals, told LEX 18 Investigates that there are an estimated 700 new lung cancer diagnoses in Kentucky each year, and more than 500 deaths are attributed to radon.

If Kentucky doesn't continue to produce better laws protecting people from radon gas, the death rate and rate of lung cancer diagnoses will only become worse.

Contact a professional for protection against high levels of radon