Are Radon Levels Higher in Summer or Winter? 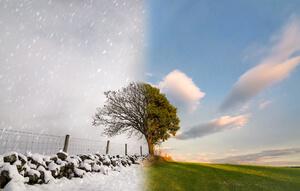 Although radon is a constant problem you should always be aware of, there are certain times of the year and conditions that can cause radon levels to fluctuate within your home. Small fluctuations may occur during the hot summer months.

Radon is a serious danger, created within the earth by the decomposition of radioactive metal uranium. As uranium breaks down underground, it releases a colorless, odorless, tasteless gas known as radon. Discovered in the late 1800’s, the gas was quickly identified as a serious threat to respiratory health. Being undetectable without professional-grade testing, the gas is inhaled through the nose and mouth, allowing the harmful particles to find a home within the lungs where they will slowly build up over time, taking years to develop into pronounced health issues. As the years go by, this raises the risk of lung cancer. The EPA and US Surgeon General have estimated that more than 20,000 lung cancer deaths in the United States alone each year, second only to smoking and tobacco product use.

The gas ends up in your home by finding small entry points, such as cracks, construction joints, and gaps around plumbing, or through exposed earth in the basement or crawl space.

Why Do Radon Levels Go Up? 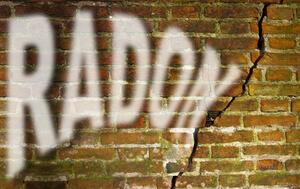 The reason that radon levels in the home can be higher in the summer and winter is two-fold.

The level of radon can commonly be elevated in the warmer months.

The reason that radon levels can go up and down in the summer is because of a temperature change, though this one is less extreme. During the day, the sun beats down and heats up the house from the outside in, but at night, there is a rapid cooldown. This results in slightly higher radon levels during the day, rather than at night.

What Other Factors Influence Radon Levels?

There are other factors that may influence a slight change in the levels of radon in the home at any given time, such as:

This may sound rather startling, but don’t worry-- radon gas does exist everywhere, but it’s not always at highly toxic levels. The EPA and US Surgeon general state that if levels of radon exceed the range of  2-4 picocuries (pCi/L), action should be taken and a radon mitigation system should be installed for the safety of those living in the home, as well as taking measures to seal off the entry points of the gas as much as possible.

With the use of these systems, the gas is pulled out of the earth using air suction, funneling the gas up through piping and out into open air above the roof, where it can then diffuse safely among the other gasses in the atmosphere.

If you’re concerned that your home may have higher levels of radon than deemed safe, the experts here at National Radon Defense are just a call or click away, reach out today.