Radon Mitigation»About Us»Blog»Myth: Radon Is Only A Problem In Certian Parts Of The Country

Myth: Radon Is Only A Problem In Certian Parts Of The Country 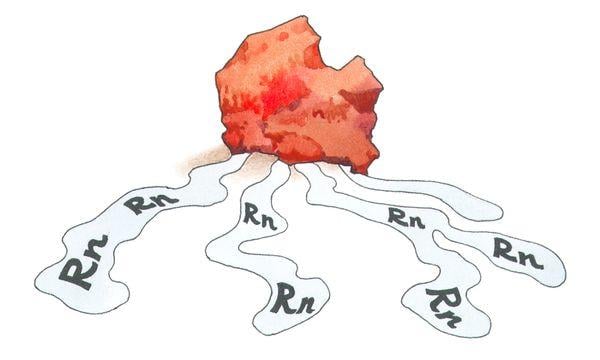 The truth is, radon exists all over the planet, rising from the earth's crust in every country and on every continent. The idea that the gas-only exists in certain areas is ultimately false, and it could be a dangerous myth to follow.

What is Radon Gas?

Radon gas is a naturally occurring radioactive byproduct from the decomposition of metals such as Uranium, Radium, and Thorium deep in the earth's crust. As these metals decompose, they become the gas known as Radon. The lighter composition of the gas allows it to rise through the soil and rock, escaping into the open atmosphere with no effect.

However, sometimes the gas will encounter a barrier, such as a building, or your home. When this happens, the gas works its way through the path of least resistance, seeping into the space through small cracks and gaps in the foundation. Once inside, the radon has nowhere to go, rising into your living spaces through small gaps in the floors and walls, allowing the home to fill with the gas.

In low levels, Radon is harmless. When Radon levels rise, though, you’ve got a real problem--one that you may not even be aware of. Why? Because radon is odorless, colorless, tasteless, and totally undetectable without professional radon gas testing.

The Dangers of Radon Gas 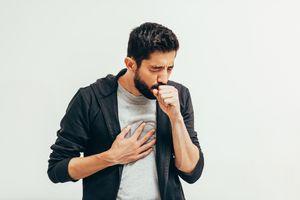 Radon exposure is the second leading cause of Lung Cancer in the United States.

Being composed of radioactive metals, the gas itself is also radioactive and can increase a person's risk for cancer over time. In fact, the EPA has stated that radon gas is the number one cause of lung cancer in non-smokers nationwide, with almost 21,000 deaths each year--2,900 of those deaths being non-smokers.

The worst part? It can take many years for symptoms of radon poisoning to arise. Symptoms such as:

Can take years to develop, all the while, the risk for cancer grows. Sadly, cancer is often found before the radon gas is discovered. This is why in recent years the testing of a home is required as part of the listing and selling process.

So, while most homes are tested before being bought off of the market nowadays, there’s always the chance that a home hasn’t been sold in a while. For this reason, and the simple fact that Radon gas rises from the earth's crust naturally, it’s recommended by the EPA and most professionals in the industry that a home be tested, and if necessary, undergo radon mitigation every two years.

How Does Radon Testing and Mitigation Work?

Radon testing is performed by highly trained professionals and is typically done using a Continuous Radon Monitor. These machines are designed to sit in the basement or crawlspace of the home and check the levels of radon in the space over a period of days or months.

When the Monitor has done its job, the specialist who installed it will return to the house and go over the readings with you.  Radon is measured in units called Picocuries per Litre or pCi/L. The EPA’s level for immediate action and mitigation is 4 pCi/L, so a reading below this level is not necessarily a concern. A reading above this level, however, shows a dangerous living environment, where your family is being exposed to toxic radiation.

If the level of Radon is higher than 4 pCi/L, your radon mitigation contractor will advise immediate action. The EPA recommends systems that aim to prevent the intrusion of the gas, rather than to direct it back out of the home--a more common system is a series of pipes and pumps and fans that run from beneath the foundation, sucking the radon gas straight out of the earth and up, through the piping to the roofline, where it can be safely dispersed into the atmosphere. 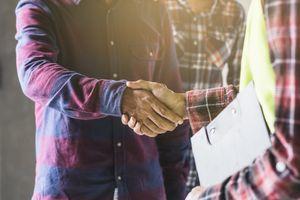 The experts here at National Radon Defense are here for you and all your radon-related needs.

Here at National Radon Defense, we are dedicated to protecting families from the dangers of Radon Gas. That’s why we’ve formed the nation's largest radon mitigation contracting network, to provide highly trained mitigation to homes and families across the country.

The dangers of Radon gas are not limited to just one area of the country or even the planet. Being a natural, radioactive gas, radon causes thousands of cases of cancer each year as it sneaks into our homes and workplaces. Getting the home tested regularly for radon by a professional radon mitigation contractor is the only way to ensure that you and your family are safe and living in a healthy home--reach out today!